I am one of those people who LOVES a before and after. I like beauty makeovers (except the one in New Idea where my friend Pippa went from being a stunner to someone I've never seen before), home rebuilds on Grand Designs and those tacky weight loss shows where people start the show "weighing in" at 300kgs and finish the show at 60kgs and scoring covers of New Idea.

I just love seeing the transformation. Am I alone?

So, I thought I'd share with you the before (well it's the during really) of my kitchen reno.

Apologies those who don't know me, (a big shout out to my new followers from the Ukraine!) this is going to be a rather dull post.

We live in a 3 bedroom terrace house which desperately needed a new kitchen. The old one was tiny, dark, impossible to cook in, had a crappy old Chef cooker with a non functioning grill and no dishwasher. It also had those incredibly annoying corner cupboards where the only way one can reach into them to grab that punch bowl would be to physically fold oneself in half and be placed in there by someone else. ANNOYINGx10. It also had salmon glossy tiles. The salmon gloss tiles were enough to warrant a full renovation in my book but I digress.

So we've hung onto the bathroom which we renovated a year or so back and moved the entrance to it so that it doesn't open directly into the new kitchen/dining. We've also widened the width of the new area right out to the boundary to give us about another 1.5m. We've put in a row of huge square sky lights running the length of the room down the boundary wall and knocked down the wall between the old kitchen and dining room. We've also widened the entrance way from the existing Family Room into the new kitchen/dining. So, here's how it's looking! Of course I will show you the "after" shots just as soon as I can (in about 6 weeks). 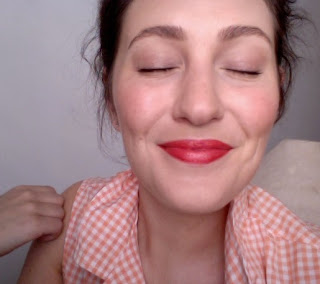 So my latest obsession in the beauty world is Zoe Foster. She's not new to the scene, in fact I've been reading her stuff for years in various mags but her online beauty webisodes are really, really great. She shows us how to apply make-up in a fun, easy, non-profesh way - not like when you go to DJs for one of those special make-up consultations where they make you feel bad if you admit that you don't use primer, base and highlighters. And after just a few views, she becomes a kind of cyber friend. A really nice one who talks to you like your real friends and seems a lot of fun.

So if you want to get the latest beauty tips on great products, how to use them and special sneaky tricks, check her out online via youtube or Mamamia where she contributes regular beauty webisodes.
Posted by sophie at 9:56 PM No comments:

Gosh I have to say kids, I'm presently feeling very disappointed with the calibre of sartorial fabuloussness on show at this year's Golden Globes. There really wasn't much to look at, dream about, or covet. The dresses this year were so plain, so dull, so scripted. I managed to pull our a few that I liked but really, these women have no excuse. They're living in the world that day to day worker bees like me dream about. Stylists, trainers, hair and make-up experts, personal chefs and constant motivation to be slim and fabulous and they can't even get it right? Free dresses thrown at them, hundreds of thousands of dollars worth of jewels on offer to loan and a relatively "sit down" event where they're chauffeured to and from and get to sit down the whole way through - they can be wearing the highest of high heels without worry about wandering the streets for a cab and getting appalling blisters... I mean, seriously, it's the GOLDEN opportunity to go nuts, wear something AMAZING and look frickin hot!

Let me know what you think.

The Worst (gosh where to start? I'm not sure that I can limit this less to under ten but I'll try).
Charlize Theron's mullet dress
Sarah Michelle Gellar (being worn by that blue and white meringue)
Nicole Kidman (too pale for you Nic!)
Angelina Jolie (Madame Tussauds?)
Jessica Biel
Amanda Peet

Guess Who's Coming to Dinner? 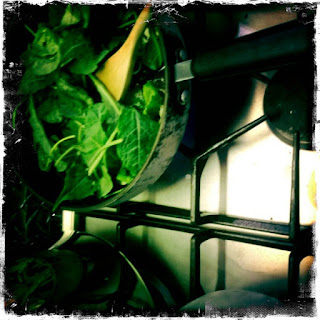 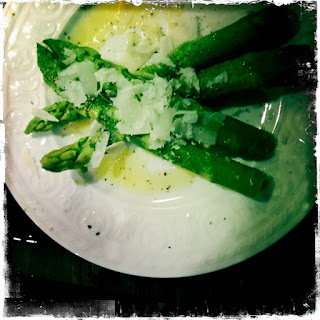 I was looking for some super veg to accompany my chicken snags for dinner tonight and I've been wanting to cook with this leafy green for ages but just haven't gotten round to it, til now. 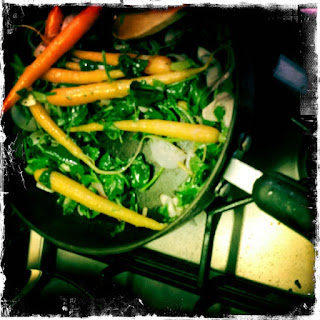 I bought loose leaves yesterday at my greengrocer of choice, Fratelli Fresh, Waterloo, and following some advice from a Sicilian cooking blog, tossed it into a pan with some finely sliced garlic and shallots, olive oil, salt and pepper. Wow, what a great veg! Really delish and supposedly incredibly good for you. I also threw in some divine sweet carrots and then blanched some super fresh asparagus serving it with shaving of parmegiano reggiano, olive oil and pepper. YUM. 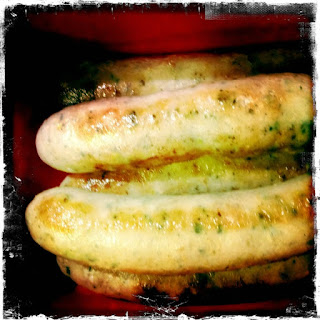 Posted by sophie at 6:49 PM No comments:

Email ThisBlogThis!Share to TwitterShare to FacebookShare to Pinterest
Labels: Food

Summertime and The Eating's Easy

Well Summer has well and truly hit Sydney town. With temps hovering in the mid to late 20s last week and set to soar into the 30s this week, my mind has turned to fresh and healthy eating. But do not fear food lovers, never at the cost of flavour. Lately I've been cooking things like spicy chicken larb in lettuce cups, salad nicoise with fresh tuna and salmon with asian greens.

When things get a bit hectic and I don't feel like slaving away over a hot stove (or missing out on whatever scintillating exposay is taking pklace on ACA), I'm also a big fan of the mid week fish and chip dinner. By this I mean, picking up some grilled fish from the chipper and then making a salad. Sometimes when I feel like that little bit of grease, (you know, Summer is full of drinks here and cocktails there, the occasional dab of grease is a must), I'll order a small serve of chips with no salt. I know, silly, it just makes me feel better about it when I have them without salt.

And then there's always the "girly dinner". Sometimes when TL is out and about mid-week I take the opportunity to revert to the single-girl style of dining I used to live on pre marriage. I'm talking ryvitas with ricotta and tomato, or avo, basil and tomato on toast... or just a boiled egg... or if I've had a large lunch that day, I'll savour just a few pieces of cookies and cream chocolate... with a glass of wine. You know, that sort of thoroughly soul nourishing fare that simply cannot be put forward as a dinner option to a husband. Does anyone else do these? Am I alone here?

Email ThisBlogThis!Share to TwitterShare to FacebookShare to Pinterest
Labels: Food

In less than two short months, we're heading off to the USA for a 2 week ski trip and it's fair to say, I'm more than just a little excited about it. Given we'll be skiing later than we usually do in the northern hemisphere, we're hoping for lots of snow and maybe even some sunshine. Lord knows skiing becomes even more heavenly on a bluebird day.

Where will I by heading I hear you ask? Seven blissful (ok hard core) days of skiing in Jackson Hole with our good friends Tana and Gary followed by seven stunning days of skiing (and maybe just a smidge of window shopping) with the fabulous Matt and Trudie in Aspen. Oh and a couple of nights in LA to check out the scene, suss out a few restaurants that I've been keen to try and generally unwind and chill out.

So in preparation for this magnificent trip, I have commenced a fairly intense training phase. Let's just say that my fitness routine was all but dormant over the past few months but not anymore kids. I am well and truly back into it. There have been runs, circuits, weights, boxing, push ups, sit ups and more. I've even enlisted the help of a fun and friendly French personal trainer.

There's a long way to go I'm still huffing and puffing my way through all workouts but I'm hopeful that by March 3, I'll have quads of steel and all-day stamina to conquer those mountains. Bring it.
Posted by sophie at 4:13 PM No comments: